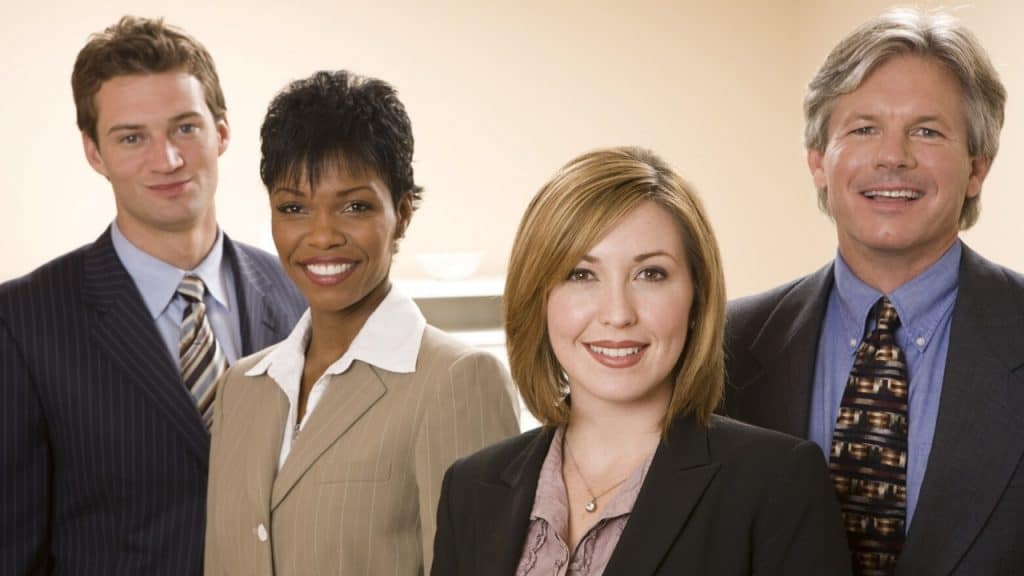 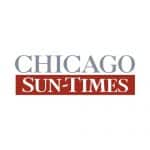 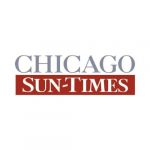 Mergers, buyouts and takeovers are changing the face of business in Chicago and the nation — and in the CEO suite as well.

Those changes prompted some summer fantasies in the Business section. You’re an executive recruiter, and you get a phone call from a CEO who says he or she is ready to make a job change, and could you find a new position for him or her? Whose credentials are so strong that any corporation would love to hire him or her in a heartbeat?

We contacted several local recruiters — ranging from huge to small — and all begged off, each one indicating that a list of only five fantasy recruits would leave many CEOs miffed, and no recruiter needs miffed potential clients.

So we looked north, and recruited David Perry, managing director of Perry-Martel International of Canada, and one of North America’s top executive search, recruiting and placement firms, and coauthor of the best-seller Guerrilla Marketing for Job-hunters: 400 Unconventional Tips, Tricks and Tactics to Land Your Dream Job.

He agreed to take the assignment, provided he could add a No. 6 to the fantasy recruits — an executive he says is so unique, she may redefine the title chief executive officer.

The company discovers, develops, manufactures and sells a broad and diversified line of health care products and services.
Entirely new generations of pharmaceuticals aimed more at well-being rather than illness are going to make their way to market in the next decade, further fueling the growth of a trillion dollar industry.

I am interested in White because he is an accomplished business leader at one of the world’s most successful health care companies. Fortune magazine has recognized Abbott as one of “America’s Most Admired Companies” every year since 1984. White leads a company that not only caters to a burgeoning business — the health of aging baby boomers — but has perfected the art of managing a multi generational work force as evidenced by awards from leading media such as Working Mother and Science and the Scientist and others.

Under his leadership, Abbott has been honored twice with Chicago Innovation Awards, founded by the Chicago Sun Times and Kuczmarski & Associates. Abbott was cited for its Path Vysion test for breast cancer patients and its Humira brand rheumatoid arthritis medicine.

White began his career as a management consultant with McKinsey & Co. Joining Abbott in 1984 he quickly rose through the ranks gaining experience in various management positions, including senior vice president, diagnostics operations, and executive vice president.

White holds a bachelor’s degree in mechanical engineering and a master’s degree in business administration from Stanford University.

The company is one of the world’s largest processor of soybeans, corn, wheat and cocoa.

More than at any other time in America’s history, huge value is being created from smart ideas and the winning products they create. Nowhere is this more evident than in the field of bio-energy — useful, renewable energy produced from organic matter, such as plants.

Woertz barely had time to catch her breath after retiring from Chevron as executive vice president of refining before assuming the helm of the world’s largest producer of “new petroleum,” ethanol, as CEO in April 2006 and as chair last February. She understands the oil industry’s geo-political ecosystem and complex vertically integrated value chain.
Woertz’s global perspective is of the most interest to me. It’s very likely that there are less than a handful of senior executives who have had a similar scope of responsibilities in other industries. Barely into her 50s, she’s in her career prime.

She began her career in accounting with Ernst & Young in Pittsburgh before moving to Gulf Oil, and later Chevron, where she worked her way up the ranks with executive assignments in every area of the business including finance, refining, marketing, supply and trading operations. In short, she knows the business inside out all ways.

A lifetime learner, Woertz is a graduate of Columbia University’s International Executive Development Program and has a bachelor of science in accounting from Pennsylvania State University. She serves on the board of directors of the American Petroleum Institute and the Board of Trustees of the University of San Diego. One slight weak spot in her resume: a lack of involvement with Chicago and Illinois civic and cultural organizations.

The company is a direct marketer of technology solutions. It sells a broad range of hardware, software, peripherals, accessories and networking products.

In today’s competitive global economy, business is war! Executives with battle scars are rare and desirable. Recruiting a senior executive who’s fought and won commercial wars is a huge asset when it comes to winning market share.

And Edwardson has won big for shareholders and employees, forging a $7.3 billion buyout of CDW by Chicago-based private-equity firm Madison Dearborn Partners.

Edwardson has set high expectations, and has communicated his vision ($10 billion in revenue by 2008) emphatically. His office collection of medieval armored helmets and swords is the first clue to his work ethic. He has identified the enemy and prepared his troops for success. Edwardson has multiplied CDW’s fortunes achieving double-digit growth. However, it’s his broad-based experience that interests me as a recruiter.

Edwardson has thrived in very different industries and corporate cultures, in a variety of leadership roles from operations to finance. He understands business at the core. He not only brings a range of experiences to the table but is also likely to be flexible enough to adapt to a new organization quickly.

His civic credentials also are stellar: trustee of the Chicago Symphony Orchestra, the Art Institute of Chicago and the Ravinia Festival, and on the Advisory Council of the University of Chicago Graduate School of Business. He also is heavily involved in dozens of private charitable works that mark him as a man of spiritual as well as business depth.

Edwardson followed his BA in industrial engineering from Purdue University with an MBA from the University of Chicago, demonstrating that the alchemy of engineering and business produces warriors.

The company manufactures a variety of highly engineered products and systems for specific applications to a diverse worldwide customer base.

ITW is the manufacturing industry’s Rocky Balboa — resilient to the core in spite of overwhelming obstacles. In a market most Americans won’t touch with a 10-foot pole, Speer has helped craft a worldclass organization and global manufacturing juggernaut.

Joining the company in 1978, Speer has assumed sales, marketing and general management positions across a wide array of ITW’s portfolio of 750 companies. Before becoming CEO he was executive vice president of the global construction products businesses, later assuming responsibility for the finishing systems and laminate business units.

I’m interested in Speer because he understands how to create wealth, because that knowledge and experience are transferable to any industry.

For 29 years, Speer has “evergreened” his career every few years inside ITW instead of looking outside for new challenges. Today he leads one of the few manufacturing organizations that have instilled an innovation culture. ITW’s business managers, often from acquired companies, are encouraged to become takeover artists and deal makers themselves. In fact they’re fully commissioned in how to integrate an acquisition and retain its value — a key success factor in the battle for marketplace supremacy.

A graduate of Iowa State with a BS in industrial engineering, Speer received his master’s in management degree from the Kellogg Graduate School of Management at Northwestern University.

Displaying a keen awareness of the value of knowing your customers, Speer is currently on the board of Rockwell Automation. He also serves on the advisory board of Northwestern University’s master of management and manufacturing program.

The company develops, produces and markets commercial jet aircraft and support services to airlines worldwide. Boeing is the largest manufacturer of commercial jetliners and military aircraft, with capabilities in rotor craft, electronic and defense systems, missiles, satellites and advanced information and communications systems.

His experience, charisma and personal brand are the career equivalent of hockey’s hat-trick. Little wonder he was courted away from 3M to Boeing to lead its high-stakes bid to regain the No. 1 position in commercial aircraft.

McNerney laid the ideal foundation for his personal brand with a BA from Yale followed by an MBA from Harvard. Many new grads fumble their careers by accepting any job to get experience. McNerney’s two-step into McKinsey & Co. and later Procter & Gamble granted him access to four of the most powerful old boy networks in America.

His General Electric experience is of the most interest to me. Over a 19-year period he was president and/or CEO of several GE divisions including: GE Aircraft Engines; GE Lighting; GE Asia-Pacific; GE Electrical Distribution and Control; GE Capital (one of the world’s largest financial service companies), and GE Information Services.

Volunteering with the following organizations broadens his international appeal: chair of the USChina Business Council; the World Business Council for Sustainable Development, and the American Society of Corporate Executives.

McNerney’s career is a textbook case in successful career branding.

Harpo is a television and film production, magazine publishing and online media company.

Profiles of successful high-performance people reveal that their most important competencies have little to do with skills, training, or work experience but rather with their mindset.

Winfrey is living proof that it is far more important that people possess specific intangible attributes than industry experience. Character, intellect, and leadership are broad categories which describe these attributes. They go far beyond the mere technical skills required to perform.

Success stems from more than talent alone. Success is a byproduct of a life filled with passion and purpose. Some of Chicago’s greatest companies were started by flesh and blood people — people with vision, drive and resiliency. None is a better example of that resiliency than Winfrey.

The other five executives in this Dream Team come from long-established companies. Winfrey is stepping up to the same challenges overcome by the founders of those companies, and she’s doing it from scratch. She’s creating a new style of corporation, one that not only sells goods and services to a waiting public, but can mobilize millions of people around the world.

Winfrey has crafted a powerful and very personable “brand.” She has become a role model for career activists by leading a life that she created. No one in America is a more powerful testament to what is possible than Oprah Winfrey. The mere thought of being able to infuse her attitude and business acumen into other organizations excites me.

Winfrey began her career in Nashville while still studying at Tennessee State. She moved quickly from radio to television and into successively more demanding roles: talk show host, actress, producer and publisher — an entertainment entrepreneur by many accounts. The most appropriate title, though, is business leader. 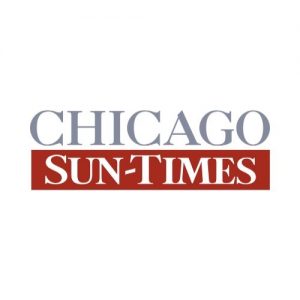