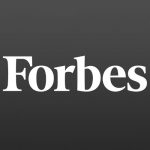 I’m quite sure you’ve seen the news.

After the summer’s finger-wagging about how “nobody wanted to work anymore,” allegedly because of extended unemployment insurance, states across the country started rolling benefits back. It didn’t force anyone back to work—ultimately, the numbers after that took effect were pretty anemic—but it did demonstrate that the problem wasn’t that they could get more money off the government. For further evidence, all we need do is look at what’s being called the “Great Resignation” that’s now sweeping the country.

I’ve seen, over and over, think pieces about why workers are quitting. The theories have been all over the place; I’ve seen straightfaced arguments that workers want more “dynamic” companies, or that they’re “redefining their relationship with employers,” or that “it’s a worker’s revolution,” which strikes me as wildly overstated at best. Let me confess to being a little baffled by this endless search for meaning in something as banal as quitting your job, as if there is some secret to be unlocked, some hidden lesson for employers to glean that can help them return to 2019, when precious jobs were fiercely guarded and unemployment was a sword over every worker’s head, a cudgel to “motivate” the team. The consensus, if there is one, seems to be that the mysterious and ineffable causes behind this phenomenon are just waiting for someone to fix them. Which treats this like a problem.

In the words of the immortal Cher Horowitz, as if. The cause is as simple as it can be, and all you need is one number: 3 million. That number is the difference between the number of open jobs, 10.4 million as of August, the last month we have data for, and 7.4 million, the number of unemployed workers. Put bluntly, there are far more open positions than people willing to work them, and have been for some time.

The confusion so much of the commentator class seems to evince as to what could possibly be driving the ever-increasing number of voluntary resignations depends entirely on an almost willful ignorance of market conditions. “They’re rethinking their relationship with employment” is all well and good, but it’s meaningless in a condition where workers lack the flexibility to do so. “They’re chasing hire wages” doesn’t say a single thing about why, of all times, they’re doing so now. “They want a better work-life balance” just restates the sentiment of workers for the whole postwar era.

No, the reason is actually quite simple: employers must compete for workers because there are far more open slots than job applicants, and workers are smart enough to recognize that. Yes, they’re voting with their feet in favor of more flexible work hours, continued availability of remote work, higher wages, and better treatment, but the context that makes that possible, the basic calculus of supply and demand in the labor market, goes ignored. So let me fill you in.

In mid-March 2020, the whole planet went into various forms of lockdown, companies started massive layoffs, and the economy contracted dramatically in ways we hadn’t seen in 90 years. Fast forward a bit over a year to Hot Vax Summer; movie theaters, bars, entertainment, and retail started to reopen in earnest thanks to a burst of seasonal optimism amidst blue skies and maskless neighbors with a band-aid on their shoulder, and restless civilians ventured out into the world for the first time since it all began. That fueled a massive, sudden surge in demand for goods and services unseen by millions who spent months locked in their homes. In turn, that fueled a concomitant surge in demand for workers to provide said goods and services, first in frontline customer-facing positions, and then a bit down the line, in corporate and administrative roles.

Companies that laid off massive swathes of employees needed to scale up and scale up fast, so they went on a hiring spree, figuring people would flock to apply. But, alas, hesitancy over the virus remained, and a traumatized public proved reluctant to return to work until they were a little more confident they wouldn’t be risking their and their families’ health. That number is going down, but only in trickles; Hot Vax Summer lasted all of June before it instead became Scary Delta Summer, which pushed down the labor supply even more. As employers took to social media to complain that “nobody wants to work anymore,” their employees started sending out their resumes; if “nobody wants to work,” well, it stands to reason that people who do want to work are worth more. In other words, the only thing that happened is that workers proved able to recognize that they had genuine leverage for the first time in most of their careers. For the first time, the company needed them more than they needed the company.

Three million more jobs than available workers; that has to be nails on a chalkboard to the corporate ear used to a very different reality. One need only look back at December of 2019 for the old normal; according to the Bureau of Labor Statistics, that month showed job openings of roughly 5.9 million, while the number of unemployed was roughly 5.8 million. For the worker on the ground back then, if they lost their job, the competition for the next one would be incredibly tight. And this was how employers liked it, because it kept wages down even as profits and productivity increased. It worked so well that wages were virtually stagnant for 40 years in terms of real dollars.

But then the pandemic came and changed everything; suddenly, the same employee would look around and see their peers getting hired for more money than they’ve ever made before; they see their bosses on TV complaining that they can’t get butts in seats without offering more money, effectively shouting “you could get paid more, and I’m not gonna do it!” They see a market that should value them instead of just treating labor as a fixed cost of doing business. Why wouldn’t they quit?

So why all the hand-wringing? Why the breathless editorials, the analyses of what has to be the least complicated part of the last couple of years? Are we this allergic to paying decent wages? Are we this horrified by workers pushing their advantage as if it’s a moral failing? Do we really have no way to conceptualize doing business that doesn’t involve stripping paychecks to the bone? Because, judging by the reaction to all of this, it sure seems that way.

If you want to keep your team, pay them what they’re worth. It is the opposite of complicated. 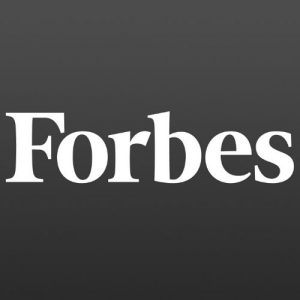 Subscribe to our Quarterly Newsletter and get your copy of the Hiring Greatness Summary Free!