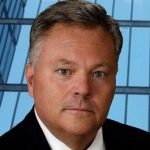 The top 5 things the Toronto Raptors can teach job recruiters

Most job recruiters and organizations hunting for talent don’t go about it much differently than a poker player relying on blind luck.

They simply play the talent they’re dealt – which often isn’t great, considering they’re hiring from a limited deck of prospects usually collected through a quick LinkedIn keyword search, a job board posting, or a call for resumes on social media.

But imagine if NBA teams like the NBA Champion Toronto Raptors were this lazy when looking for talent. If they were, it’s likely they wouldn’t be the first team in NBA’s draft lottery era to reach the Finals without a single top 14 draft pick.

It’s also likely they wouldn’t have even considered employing Fred VanVleet, an impact player despite not even being drafted into the league (and, therefore, not even close to being in that initial deck of prospects). And they almost certainly wouldn’t be in the NBA Finals considering their historic attractiveness as a free agent destination.

That’s why you need to think more like the Raptors when looking for talent. Because when organizations start to think differently about recruiting, they also begin to stack the deck in their favor—every time.

Here are five ways you can think – and acquire personnel – more like the Raptors:

1) You don’t have to play by the rules. This one is a bit of a cheat, but we’ll lead off with it anyway. NBA teams must operate within certain league rules, including abiding by a salary cap – meaning they can only fit so much talent under an artificial ceiling – and a luxury tax threshold. They also aren’t allowed to recruit a player if under contract with another organization (it’s deemed “tampering”). But as a recruiter, you’re free to pursue every NBA general manager’s greatest fantasy: assembling the best and most clutch talent available anywhere. Instead of worrying about artificial rules, recruiters must adopt an abundance mindset – considering every executive as available, all the time (barring any hands-off legal restrictions).

2) Be your own head scout. Successful NBA teams like the Toronto Raptors are also notorious research junkies. Whether it’s rebounding or defending or three-point shooting skills they’re looking for, thousands of data points and advanced stats are analyzed before player decisions are made. Recruiters can bring this same ethos to their search by taking advantage of public information from websites like ZoomInfo, LinkedIn and other social networks. If your candidates worked for public companies, you have even more data to potentially work with. The only catch? It takes effort. But the payoff is beyond worth it.

3) Know your recruit before you’ve even met them. Just like Toronto Raptors’ GM Masai Ujiri knew his archetypical small forward was Kawhi Leonard, recruiters can take advantage of the already-mentioned intensive research to create detailed performance profiles on every type of candidate possible before ever meeting anyone. This allows comparisons of groups and individual candidate types against each other and variables like company size and maturity, geography, market positioning, and even company culture.

4) Don’t drown in the data. It’s easy to feel overwhelmed precisely because there is so much information available. Although your initial list may be huge, a researcher with an abundance mentality can easily reduce a huge list to a manageable number of all-stars. Starting your research before ever engaging a search consultant means you’ll have a much better understanding of where the firm should focus its intelligence gathering efforts (along with a better idea of whether they’re putting enough effort into your project).

5) Start recognizing people’s patterns. All employees – including NBA players – experience patterns of success and patterns of failure. If you’re looking to win a championship but your potential free agent signing doesn’t have a history of playoff success, it’s good to know that in advance – and before going down a potentially disastrous road. So start by asking potential candidates to take you through their career, starting with when they left college to the present. Their story will give you 95 percent of the information you need to determine if they’ll be a good fit at your company.

Your candidate search isn’t just a game. And, quite frankly, neither is basketball to the Toronto Raptors. For both Toronto’s NBA franchise and your organization, covering the right personnel is everything: the difference between being on top of your industry (or the league table) and being an also-ran with an inflated payroll.

All In: Touched by Greatness

How NOT to Hire Your Next VP Sales: Avoiding Superficial Evaluation Factors

Build Your Farm Team and Draft Only the A-Players